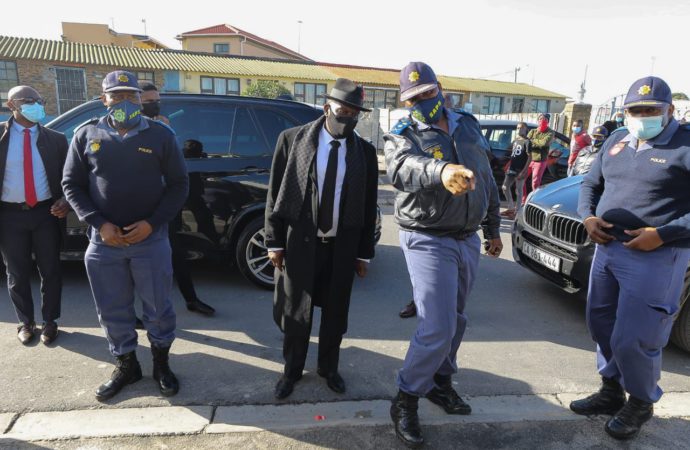 Residents of Gugulethu township in Cape Town are still traumatised a day after a shooting left as many as eight people dead.

The Wednesday shooting left five people dead on the spot. Three others were wounded and taken to hospital, where they later died.

Police spokesperson, Brigadier Novela Potelwa, said the victims were shot at a house, where they were partaking in a traditional ceremony.

On Thursday morning blood was still visible on the tarmac near the house where the ceremony took place.

Police have launched a manhunt for the assailants, who were thought to have fired at the victims from inside a vehicle.

The police minister, Bheki Cele, on Thursday visited the home where the victims were shot. He said initial investigations have revealed that the shooters came in two cars.

The police minister also revealed that one of the victims had a long rap sheet of serious crimes.