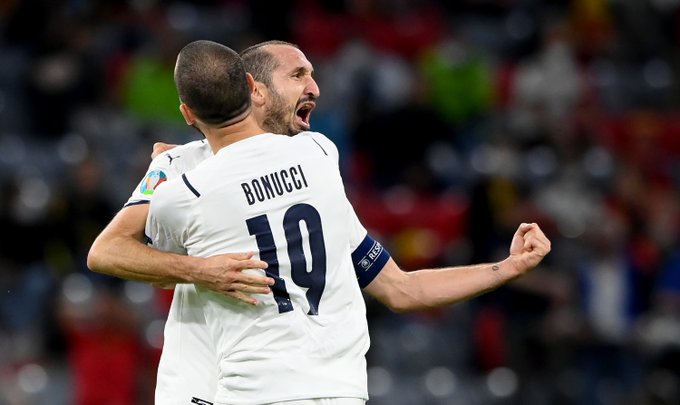 Favourites Belgium failed to come back from Italy’s two first-half goals on a Friday night even after Romelu Lukaku gave them a glimmer of hope with a penalty.

The number one team in the world struggled to contain Italy’s piercing attacks in the EURO2020 quarter-final in Munich.

The pressure paid off with Nicolò Barella taking his chance to beat Belgian goalkeeper Thibaut Courtois a minute after the half-hour mark.

Italy turned on the screws and had Belgium on the back foot. With a minute to half time, Insigne ran down the wing and cut inside.

He unleashed a curling short from outside the penalty box beating Courtois to make it 2-0 for the Azzurri.

With everyone watching the clock Belgium’s Jérémy Doku was pushed from behind in the box.

Lukaku made no mistake. Gianluigi Donnarumma went the right way, but the power of the shot was too much he couldn’t stop it.

The second half was a much tighter affair with few chances for both sides.

The injury to Leonardo Spinazzola who was stretchered from the pitch in tears put a damper on the match.

Italy will meet Spain on Tuesday at Wembley.