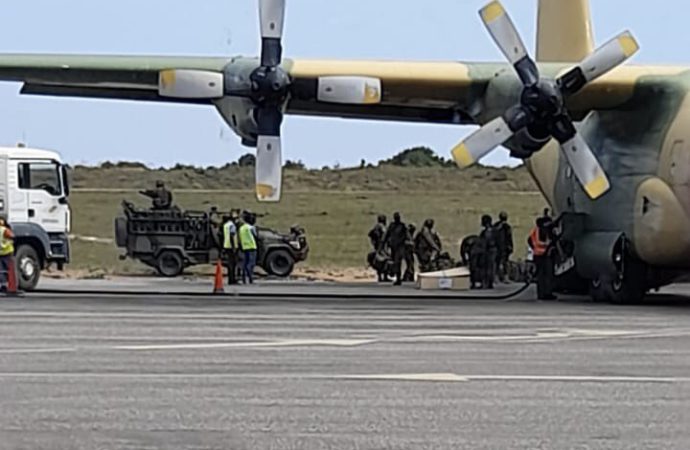 Botswana has deployed soldiers and military equipment to Mozambique, where they will assist in securing the volatile northern parts of that country.

Islamist militants or jihadists – identified as the Ansar al-Sunna – have been attacking villages and towns of Mozambique’s northern province of Cabo Delgado.

On Monday, Botswana Defence Forces (BDF) officially announced the deployment saying it was part of SADC’s mandate to secure member states and the region.

BDF officials said the media had to be circumspect in their reporting to avoid endangering soldiers participating in the mission to secure Mozambique.

Justifying the deployment, the Botswana government said, “its security will never be attained without that of its neighbours”.

BDF soldiers have been warned that their training will come into sharp focus and they must observe the laws of armed conflict.

The mission is on a cost-sharing basis between SADC and contributing countries.

A series of battles over the past four years with the terrorist militants has resulted in widespread violence, insecurity, and the deaths of more than 2 400 people.

By November last year, over 500 000 civilians had been displaced.

As a result of the instability, economic activities in the area were disrupted.

Earlier in April this year, French oil and gas company Total declared force majeure on its $20bn liquefied natural gas project in Mozambique and withdrew all personnel from the site.