On Form Tau Has Chance To Start For Brighton 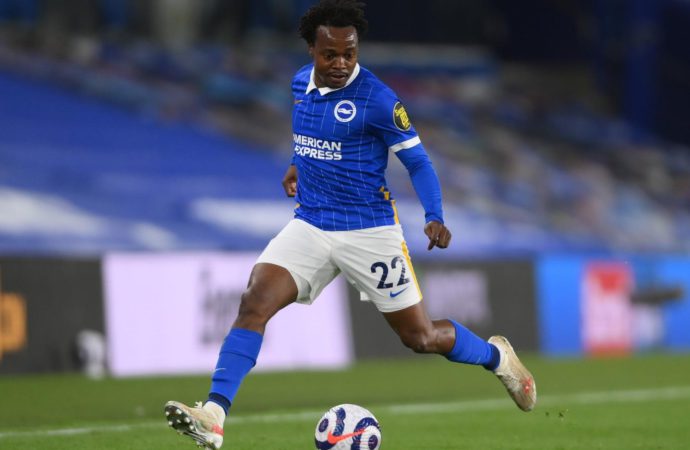 Bafana Bafana star Percy Tau has set his sights on making an impact in the English Premier League with Brighton and Hove Albion following a good run of form in the preseason.

The striker has been used sparingly since his arrival at the club last season but on Saturday, the skillful South Africa international scored a superb goal against Championship side Luton Town.

Tau, who had come in as a substitute, went on a mazy run before dribbling past a defender.

He fired his well-directed shot into the far corner to extend his side’s lead and it proved to be the final goal of the match.

Brighton beat Luton 3-1 in the pre-season friendly. against English .

The strike against Luton was Tau’s first goal for the club since signing for them in 2018.

This is because the 27-year-old was on loan in Belgium for Union SG, Club Brugge, and Anderlecht in the past.

The former Mamelodi Sundowns player is now relishing the prospect of a first full campaign with the Seagulls.

Tau feels he has adapted to the intensity of the Premier League.

Tau struggled for playing time after joining his parent club in midseason last year but insists that his work in the preseason will pay dividends.

He told the Brighton and Hove-based newspaper The Argus: “It (the preseason) has helped me a lot.

“I am getting used to the team, to the coaches, to the league, so everything is getting better. I’m starting to feel sharper with everything.

Tau said the intensity was a bit higher than in Belgium.

“It’s one of those things where you kind of feel like you are slower or need more time because of the intensity,” he said.

“You don’t get as much time. You have to try and move a bit more, create some space for yourself.”

Tau’s comments come after he received praise from the Brighton and Hove Albion head coach Graham Potter for his decision to miss the Olympics and concentrate on pre-season with his club.

Judging by his preseason form the decision appears to be paying off.

Tau has a real chance of being in the starting lineup when the season begins.

“I think it was a combination of everybody involved,” said Tau.

“I came to a point where myself and the club and association in South Africa … everybody thought it was beneficial for me to stay and try and work my way into the team.

“I needed more time with the team. Remember I came in January. We were fighting relegation. It was difficult when I came in. Now it is the pre-season.

“Everyone is excited, everyone is looking forward.”

Brighton plays their last preseason match against Spanish side Getafe on Saturday.

Their opening match of the 2021-2022 Premier League season is away at Burnley on 14 August.