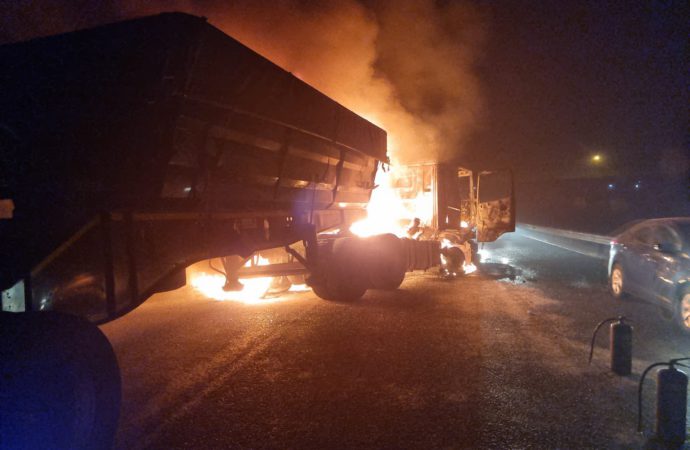 One of the trucks set alight in Ermelo

Five haulage trucks were set alight along the N2 towards Ermelo, Mpumalanga, on Wednesday night.

Apparently, a protest in the area spilled over into the N2, where the passing trucks were torched.

Mary Phadi, of the Truckers Association of SA, said protesters threw petrol bombs at the trucks.

She, however, said there was no indication that the attacks were linked to last month’s unrest that culminated in looting and destruction of infrastructure in KwaZulu-Natal and Gauteng.

Phadi said the “situation is very bad, some of the drivers have been hospitalised”.

She said police were in the area trying to quell the protests.

Firemen were also in attendance. They were battling to extinguish the burning trucks late into the night.

There were no reports of any arrests.