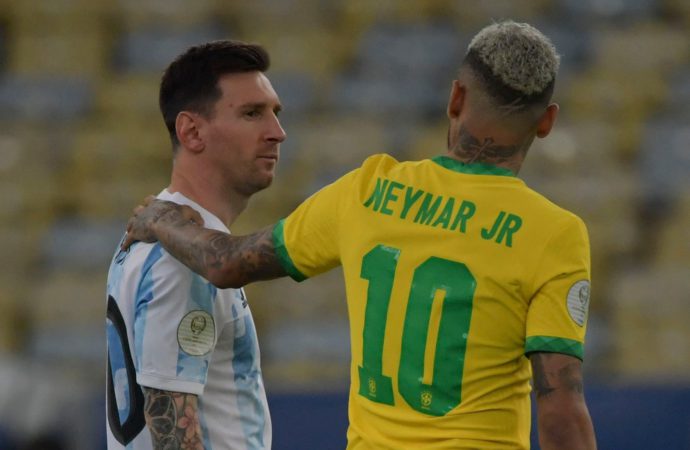 Jorge Messi, agent and father of Lionel, is in Paris to seal the agreement with the French club.

The six-time Ballon d’Or winner is expected to sign a two-year contract next week, worth £25m a year after tax, with the option of a further year.

Messi left Barcelona after the Spanish La Liga club failed to fulfill a new contract that had been agreed with the player due to “financial and structural obstacles”.

He has long been linked with a possible move to either PSG or Manchester City.

An unlikely move to City would reunite Messi with his former Barcelona boss Pep Guardiola.

Messi had officially been a free agent since 1 July.

The Argentine football genius had been prepared to accept a wage cut to remain at Barcelona. The cash-strapped club said the deal was dependent on selling players to afford Messi’s reduced salary.

Spanish newspaper El Mundo recently reported that Messi’s last contract with Barcelona was worth up to $673 million for four seasons.

Messi, arguably the greatest player of his generation, has only played professional club football for Barcelona in his long career.

He joined Barcelona’s famed La Masia Academy at the age of 13 in 2000 from Argentine side Newell’s Old Boys.

He went on to become the club’s record scorer with 672 goals in 778 appearances, including 120 Champions League goals (second behind Cristiano Ronaldo), and a record 474 La Liga goals.

Messi has collected the European Golden Shoe award for the continent’s top scorer on six occasions.

For now, the world waits for the official announcement of Messi’s new club.