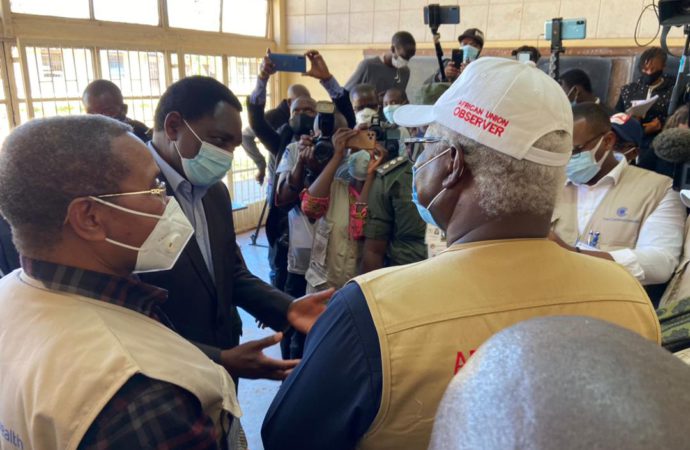 If early poll indications are anything to go by there will be a change of government in Zambia on Sunday when official results are due to be announced.

United Party for National Development (UPND) opposition party’s presidential candidate Hakainde Hichilema is way out in front in the areas counted so far.

On Saturday results came in dribs and drabs even though the turnout for Thursday’s vote was estimated at 80 percent with Zambia’s young voters patiently queuing in their millions.

Incumbent President Edgar Lungu – often ridiculed as a drunkard – has been blamed for rising food prices and increasing industry take over by the Chinese.

In early results announced on Saturday, UPND leader Hichilema led with 449 699 votes to the 266 202 garnered by Lungu, who leads the Patriotic Front (PF).

The results were for 15 of the southern African nation’s 156 constituencies.

Lungu is vying for a second five-year term, but that increasingly seems unlikely.

On Thursday, Lungu blamed his rival for the violence in Western, North Western and Southern provinces.

PF North Western province chairman Jackson Kungo and another man named as Emmanuel Chihili, were killed in the violence, which many say Lungu is using as an excuse to deploy the army.

There are fears the PF could use the violence as a reason to nullify the elections.

Sunday is promising to be an interesting day in Zambia.