Beast Is Back At Sharks, Now A Board Member 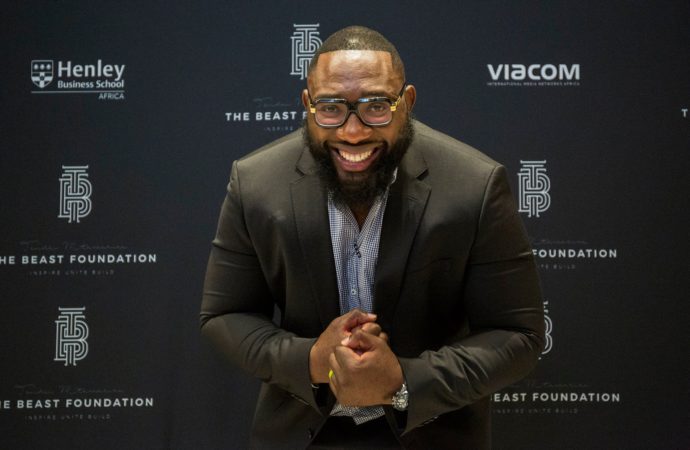 THE BEAST IS BACK: Tendai Mtawarira

Barely a year after retiring from the sport, Mtawarira has been appointed to the Sharks’ new board of directors.

“Being a former player, Tendai understands their needs, and his voice will be a crucial one at the boardroom table,” the Durban-based outfit said in a statement on Sunday.

“As a sporting body and a business, the Sharks have tapped deeply into the intellectual capital they have attracted in their quest to be not only a globally-recognised brand but a highly-respected one.

“This board represents the best rugby and business brains available and can only add to what the Sharks team is building towards on the pitch as the rugby landscape enters new horizons and speaks to and attracts new audiences in the northern hemisphere and beyond.”

The former Sharks and Springbok World Cup winning prop, Mtawarira, made his Test debut in 2008 and became an instant favourite with supporters not only in South Africa but around the world.

Sharks CEO Eduard Coetzee will serve as an executive director on the board while other members include internationally acclaimed lawyer Marco Masotti of MVM Holdings, the Sharks’ majority shareholders, and SuperSport CEO Marc Jury, who also sit on the board.

An elated Mtawarira said on Twitter: “Delighted to be joining an esteemed team of accomplished individuals on @TheSharksZA Board & being part of an exciting new journey led by our owner @MarcoMasotti_ .

“I want to thank Marco & the rest of the ownership group as well as Sharks CEO, Ed Coetzee for having faith in me.”

Mtawarira, who amassed 117-Test caps with the Springboks, spent 13 years at the Shark Tank before retiring in 2019 after 156 Super Rugby appearances.

He bid farewell to his 11-year international career in style by lifting the Webb Ellis Cup in 2019.