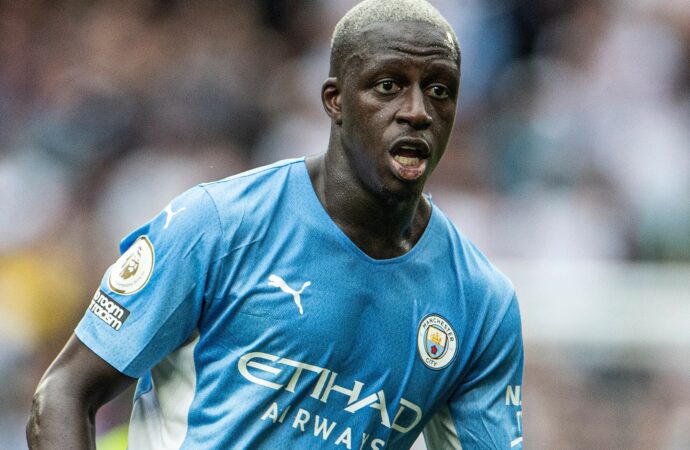 While Manchester City was involved in a sensational bid to bring Ronaldo to the Etihad Stadium, disturbing reports surfaced on Thursday that the Citizens’ defender Benjamin Mendy has been charged with four counts of rape.

England police in Cheshire, a county in the northwest, said in addition to the rape charges, the burly footballer has also been charged with one count of sexual assault.

The 27-year-old France international is due to appear in court on Friday and has been suspended by Manchester City pending an investigation.

A spokesman for Cheshire police said the charges against Mendy relate to three complainants, over the age of 16.

The complainants said the rapes and assaults happened between October last year and this month.

“Cheshire Constabulary and the Crown Prosecution Service would like to remind everyone that criminal proceedings against Mendy are live and that he has a right to a fair trial,” a police spokesman said.

In a statement, Manchester City said, “following his being charged by police today, Benjamin Mendy has been suspended pending an investigation.

“The matter is subject to a legal process and the club is therefore unable to make further comment until that process is complete.”

Mendy joined City from the French side Monaco for a reported £52 million in 2017
.
Since his arrival Mendy has won three Premier League titles, as well as two English League Cups with City.

Injuries have, however, limited his playing time, with the defender undergoing knee surgery in the 2018-19 season.

Mendy has been capped by the France national team 10 times and he won the World Cup in 2018.

Meanwhile, Twitter was ablaze with claims Ronaldo had agreed personal terms at City and was to leave Juventus.

Reports that City was on the verge of signing Tottenham and England striker Harry Kane have failed to materialise.