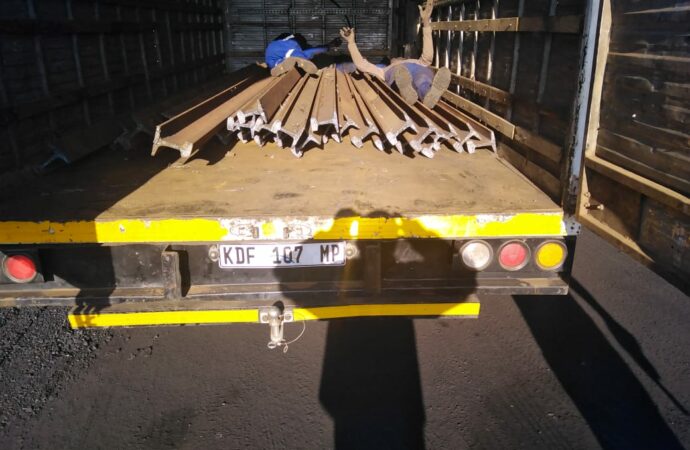 A gang of daring scrap metal thieves – two locals and 14 foreign nationals – have been caught by the police with five trucks loaded with railway tracks, transformers and palisade stolen from Santa Dullstroom, Mpumalanga.

South Africa’s elite crime busters – the Hawks – caught wind of the theft. Together with Transnet investigators, the Hawks rounded up the suspects aged between 35 and 45 years.

The gang of 16 was arrested during an intelligence-driven operation on Monday at Vaalbank in Middelburg.

The Hawks said they were informed about the theft of railway tracks from Santa Dullstroom.

The daring thieves had loaded their loot onto five trucks and were headed towards Middelburg.

The Hawks and Transnet investigators tracked the thieves to Mashcor Scrap Metal Shop, where they found four trucks still loaded with railway tracks.

“The 16 suspects of which 14 are foreign nationals were arrested and charged for possession of suspected stolen property, theft and damaging of essential infrastructure,” said Sekgotodi.

The owner of the scrap metal shop was also arrested.

The suspects are expected to appear before the Middelburg Magistrates’ Court.