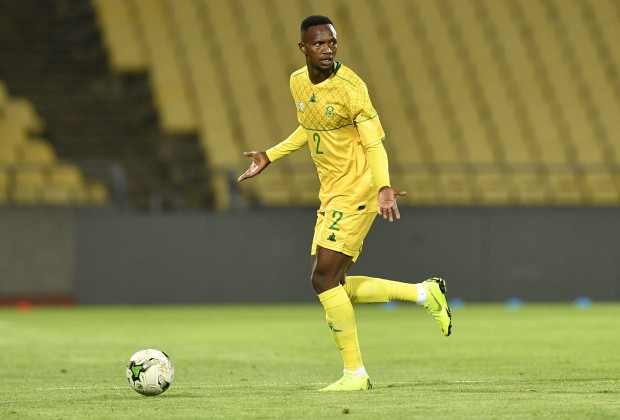 Two Bafana Bafana players were dropped at the eleventh hour after testing positive for Covid-19 shortly before the team’s departure for the World Cup qualifier against Zimbabwe.

The South Africa Football Association (SAFA) confirmed that Thibang Phete and Thabiso Kutumela tested positive for Covid-19 ahead of the trip on Wednesday afternoon.

Phete, who turns out for Portuguese side Os Belenenses was one of the five foreign-based players in the squad while Khutumela currently plays for Mamelodi Sundowns.

“Coach Hugo Broos will be without Thibang Phete and Thabiso Kutumela for the FIFA World Cup Qualifiers against Zimbabwe. Both players have been isolated after testing positive for covid-19,” said SAFA in a statement.

The setback comes after Zimbabwe had also dropped two players who tested positive for Covid-19.

Zimbabwe have been hardest hit by the late withdrawal as they are already missing the services of seven UK-based players who were not released by their clubs due to Covid-19 travel restrictions in the European country.

US-based former Kaizer Chiefs defender Teenage Hadebe was also not released by his Major League Soccer side Houston Dynamo.
The Warriors are set to host South Africa at the National Sports Stadium on Friday.
‘
They will then face Ethiopia in their second Group G match in Bahir Dar, a city that is approximately 500km away from the capital, Addis Ababa on Tuesday.

After the match against Zimbabwe, neighbours South Africa will host Ghana in their second Group G match at FNB stadium.