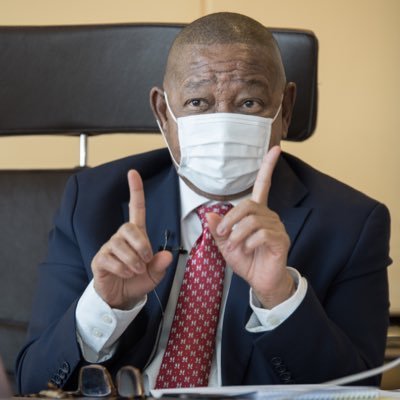 Higher Education, Science, and Innovation Minister Dr. Blade Nzimande has reiterated his call for the formation of safety forums in the wake of the murder of three students at their off-campus residence in Phuthadijhaba.

“Safety is a collective responsibility and if ignored, can have fatal ramifications,” said Nzimande on Saturday.

“At the height of gender-based violence meted against women students and community members, I appealed to our institutions of higher learning to establish safety forums which will ensure the safety of both students and the communities.”

The minister was reacting to the murder of three students earlier this week.

On Wednesday gun-toting attackers demanded cellphones, laptops, and cash from students who were at their residence at Botjhabela Village.

Three students were shot dead in the attack and another two were left in critical condition.

Nzimande said he was, “saddened by the news that the gruesome attack on students at Phuthaditjhaba did not only claim the lives of two students from the University of Free State”.

He added: “This tragic incident also claimed the life of Vukani Zikalala, who was a student at the Itemoheleng Campus of the Maluti TVET College”.

Vukani was staying in the same private accommodation with the other two students of the Free State University who were shot dead during the early morning attack.

Nzimande extended “his deepest condolences to the families, friends, students and management of the University of Free State and the Maluti TVET College on the tragic deaths of all these students”.

He urged members of the community with any information about the deadly attack to contact the police.

The minister also called on “the University of Free State and the Maluti TVET College to continue to provide the necessary support and comfort to the affected students and their families”.

“This is the reason why we developed guidelines for the Department of Higher Education and Training Bursary Scheme for students in our public institutions.”

Universities were directed to accredit private providers of student accommodation and to monitor the quality of accommodation provision to students living off-campus, wherever possible.

“Subject to a system of formal registration and verification, institutions are expected to develop a system that is implementable within the framework of the guidelines,” said Nzimande.

He said such guidelines must prioritise the need for improved checks and balances for private lease agreements that are in line with university policies.