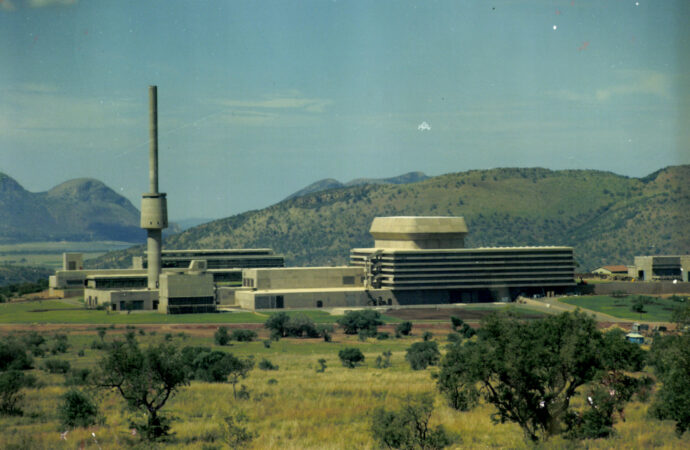 SAFARI-1 in Pelindaba, west of Pretoria

The MPR is intended to succeed SAFARI-1 when it reaches its end of life.

SAFARI-1, a 20 MW light water-cooled research reactor, went critical (a reactor achieves criticality when each fission event releases a sufficient number of neutrons to sustain an ongoing series of reactions) on 18 March 1965.

It is operated by Necsa and located at Pelindaba, west of Pretoria. SAFARI-1 boasts a proud safety record having operated for over 56 years without any major incidents.

The Cabinet approval allows for good lead-time required in rolling out the procurement and construction of the MPR so that the radioisotope production, research and development and related nuclear technology innovations continue without interruptions.

South Africa, through Necsa and its wholly owned subsidiary NTP Radioisotopes, has established itself as a leading global producer of reactor-based radioisotopes.

Medical radioisotopes manufactured at Pelindaba include active pharmaceutical ingredients (API’s) such as Molybdenum-99, I-131 and Lutetium-177.

These are mainly exported in bulk as input material for radiopharmaceutical products used for the diagnosis of serious illnesses and the treatment of cancers.

Necsa, by virtue of the availability of the SAFARI-1 research reactor, forms the cornerstone of nuclear medicine domestically and globally through its production of radiopharmaceutical products.

”The realisation of the MPR project will ensure SA remains amongst the top four global radioisotopes producers as well as ensuring continuation of research and development on nuclear technology,” said Tyabashe.

“This places Necsa on a path to provide much needed radioactive isotopes for medical and industrial applications, execution of research through beam lines, and jobs which are essential for our economy.”

The MPR provides a multitude of options to produce new radioisotopes that are considered the future in therapeutic nuclear medicine.

These include the production of short range radioisotopes that will be delivered by smart delivery systems to tumour cells radiating cell by cell and thereby eliminating the cancer while preserving surrounding healthy tissue.

Research collaborations with academia and industry utilising neutron beam line techniques contribute to SAFARI-1’s scientific visibility through a constant stream of publications in the open literature, contributions at local and international conferences, as well as playing prominent roles in projects with many South African universities in advanced research and postgraduate qualifications.

The MPR will expand these research capabilities and outputs substantially in that it will be equipped with a cold neutron source that extends the delivered range of neutrons to long wavelengths (very low energies).

The inclusion of a cold neutron source in the MPR will also make it the only cold-neutron source available in Africa, and thus may attract interest from the region and continent.

This capability will be located at the Neutron Beam Line Centre (NBLC) that will be associated with the MPR and will act as a new large-scale research hub equipped with an extensive suite of neutron scattering applications.

Furthermore, MPR is geared towards provision of health care benefits to the South African community with respect to diagnostic and therapeutic radiopharmaceuticals that are maintained, enhanced and rendered secure for the foreseeable future through local production.

Also, the fields of mining and industry, power generation, agriculture, geosciences, forensics and education in South Africa, to mention just a few, will have access to radioisotopes, neutron activation analysis, material modification and testing, neutron non-destructive testing facilities and a wide range of other applications that are only possible with a high flux nuclear reactor.

The MPR will be crucial in training in a wide spectrum of nuclear technologies for students at Southern African universities, industry and other institutions is well established and utilised.

“The MPR project is expected to have significant social, economic and environmental benefits for the country. Substantial portions of products will be sourced locally during the MPR construction thus boosting the local and national economy,” said David Nicholls, chairperson of the Necsa board.

“There will be some 5 000 direct and 26 000 indirect jobs created during construction.

“The nuclear reactor will provide employment to about 750 full-time employees and an additional 3 800 indirect jobs for its operation and fulfilment of its research mandate at the NBLC during its operational lifetime.”