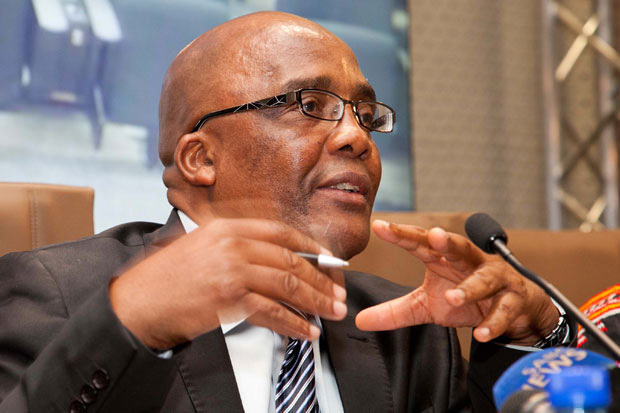 The Department of Home Affairs on Thursday announced that it was now allowing applications for Identity documents (ID) and passports, which were suspended under strict Covid-19 lockdown rules.

Home Affairs Minister Dr. Aaron Motsoaledi has approved the resumption of the applications, the department said in a lengthy statement detailing all the other available services.

Motsoaledi has also extended the validity period of legally issued visas or asylum permits which expired during the lockdown period to 31 December 2021.

Directions communicating these amendments, in line with the National State of Disaster Regulations, were gazetted on Tuesday, 28 September 2021.

“People who were issued with Temporary ID Certificates and those who have lost their IDs can now return to Home Affairs offices to apply for their IDs,” said the department.

“These IDs will be available for collection within 13 days from the day of application.

“The extension applies to people who applied for waivers in terms of section 31(2)(c) of the Immigration Act, 2002 and holders of asylum seeker visas/permits or refugee status.”

However, the department said the extension does not apply to people who entered South Africa from 15 March 2021.

“The normal validity period of visas of people admitted into the country from 15 March 2021 applies,” said the department.

Qualifying visa or permit holders, who have not departed South Africa since the announcement of the National State of Disaster in March 2020 and arrived with a valid visitor’s visa between December 2019 and 14 March 2021, are deemed to be valid until the end of December 2021.

Holders of such visas are permitted to remain in the country under the conditions of their visas until the expiry of their applicable extension.

Those wishing to be repatriated to their countries within this period can depart without being declared undesirable persons.

The validity of asylum and refugee permits that expired during the lockdown and whose holders could not use the online extension service, has been extended until 31 December 2021.

Asylum seekers and refugees are encouraged to continue renewing their permits via the online platform.

A total of 93 518 asylum seeker permits and refugee status documents were extended online.

Holders of a visa or permit must adhere to the terms and conditions of their visa and any activity not endorsed onto such visa or permits is prohibited.

Applications and collection of passport services are open as well as the solemnisation and registration of marriages.

Applications for retention and renunciation of citizenship and rectifications and amendments of personal particulars can also be made.

Applications for travel documents for persons who are to take up employment or studies abroad, attend funerals or other emergency situations can now be made on submission of proof thereof.

Visa services in terms of the Immigration Act; and online renewal of refugee status and asylum seeker permits/visas have also resumed.