Taxi Crash In Durban Leaves One Dead, 12 Others Injured 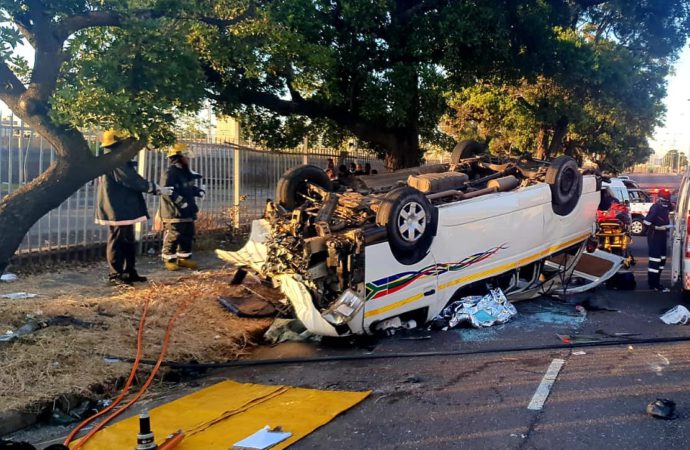 One person died and 12 others were injured in a crash involving a minibus taxi and a light delivery vehicle along Umgeni Road in Windermere just after 7 am on Saturday.

KZN VIP Medical said some passengers were ejected from the taxi when it rolled several times after the collision.

Some passengers were trapped inside the taxi wreck.

“One lady believed to be in her twenties had sustained fatal injuries and there was nothing more Paramedics could do for her and she was declared deceased on the scene,” said a paramedic on the scene.

He said 12 others sustained injuries ranging from moderate to serious.

“They were stabilised on the scene before being transported to various Durban hospitals.”

Police were attending to the scene and it was not yet clear if anyone would be charged with an offence.