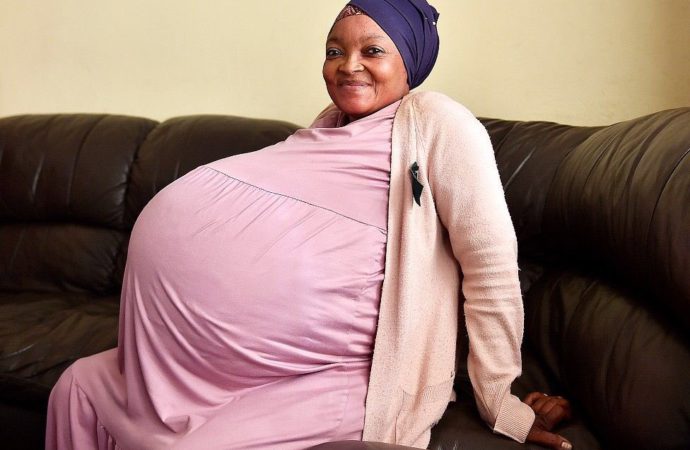 The private hospital where a South African woman claimed to have given birth to 10 babies – seven boys and three girls – on Tuesday denied delivering the decuplets.

Reports that 37-year-old Gosiame Thamara Sithole had given birth to 10 babies surfaced last week on Monday.

The Pretoria News and IOL website reported the births had broken the Guinness World Record that had been held by a Mali mother who gave birth to seven children.

Soon after the story went viral, the owner of Pretoria News and IOl, Dr Iqbal Surve, even claimed to have donated one million rand to Teboho Tsotetsi the “father” of the babies.

But this morning things began to fall apart.

The spokesperson of Louis Pasteur Private Hospital, Michael Sadiki, told Talk Radio 702 that the story was “not true”.

Sadiki rejected claims that Sithole gave birth to 10 babies at the private institution.

Steve Biko Academic Hospital said on Saturday Sithole demanded to see her babies, which she claimed had been transferred from Louis Pasteur.

Hospital CEO Dr. Mathabo Mathebula said: “Sithole is not at Steve Biko … she appeared on Saturday afternoon wanting to see the babies in ICU.”

Sithole, who is from Tembisa Township in Ekurhuleni, insisted her babies had been transferred from Louis Pasteur Private Hospital, but it was not true.

The original author of the story refuses to speak to the media but in his latest update, he writes that Tsotetsi has asked the public to halt donations.