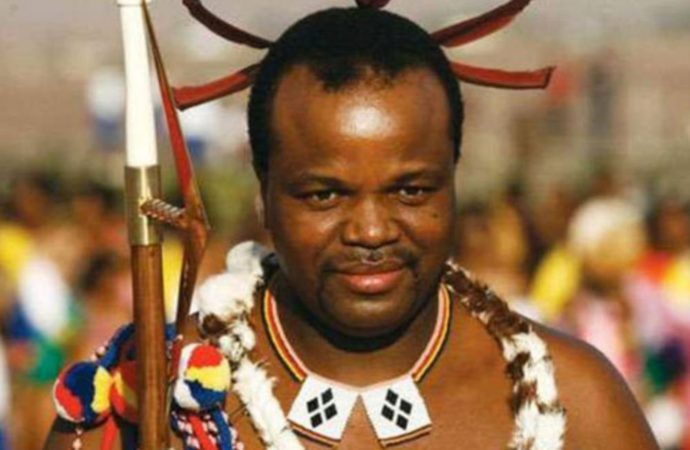 Kenneth Kunene the Secretary-General of the Communist Party of Swaziland was quoted by EWN as saying: “It was discovered that a plane was leaving last night at around 10pm.”

Kunene added: “It was a special jet for Mswati, but we have discovered that he had left earlier and he had been hiding around Johannesburg area where he has been spotted around Sandton.”

Pro-democracy demonstrations started in Eswatini a few days ago and escalated to a point where some shops have been set alight in Matsapha.

It’s understood the businesses set alight are owned by the king.

Eswatini, which has a population of just over one million, has been experiencing on and off unrest for years.

The army also had ground forces that shot at protesters and people on the road.

Several people were injured. Fears are that some of them may have died.

There has been no confirmation from the Eswatini government. It remained unclear if the king fled with all his 10 wives and children.