Zuma Guilty Of Contempt, Going To Jail For 15 Months 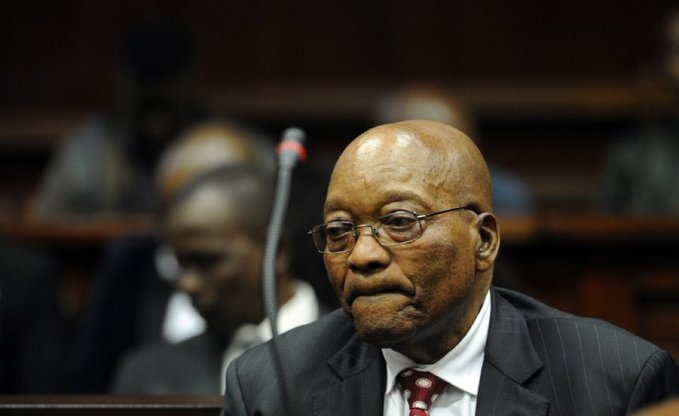 The Constitutional Court on Tuesday found former president Jacob Zuma “guilty of contempt of court” as charged by the Zondo Commission and slapped him with a 15-month prison sentence.

Reading the majority judgment that she penned, Justice Sisi Virginia Khampepe said: “There can be no doubt that Mr. Zuma was in contempt of court”.

She said Zuma’s attack on the ConCourt did not allow it to ignore the test on its authority.

“He is therefore in blatant violation of the court order,” said Justice Khampepe, adding that “he is guilty of contempt of court”.

Justice Khampepe said because of his defiance and attacks on the judiciary she sentenced Zuma to a prison term.

She slapped him with an “unsuspended prison sentence of 15 months”.

The 79-year-old former president has refused to return to the state capture commission, saying his relationship with Justice Raymond Zondo, the inquiry chair, made it impossible to get a fair hearing.

Zondo has rejected Zuma’s assertions and instead asked the ConCourt to find the former president guilty of contempt and jail him for two years.

Zuma didn’t bother to respond when the court asked him what sanction he would recommend for his behaviour.

The former president defiantly told supporters he did not fear going to prison and he was not going to participate in “their law”.

Zuma is accused of being an enabler in state capture that saw his friends, among them the infamous Gupta brothers, become extremely wealthy.

A red notice has since been issued for Rajesh and Atul Gupta who are thought to be holed up in Dubai.

The former president has refused to comply with a summons to appear before the commission.

Justice Khampepe ordered Zuma to hand himself over at the Nkandla Police Station within five days.