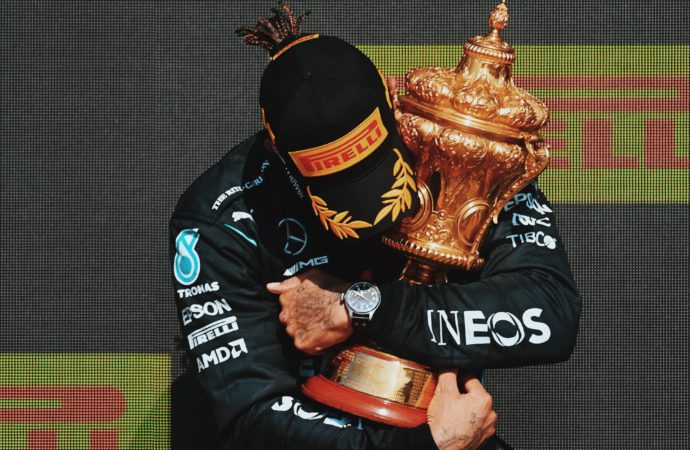 Hamilton was given a 10-second penalty for his part in the first lap crash, but still went on to win his 8th Silverton race.

After the crash, Verstappen was able to walk on his own and was taken to hospital as a precaution,

Five hours later, Verstappen tweeted: “Cleared from the hospital after all the checks were ok”.

Verstappen, who is leading the driver’s standings by only 8 points, blamed Hamilton for the collision saying his driving was “dangerous”.

Later he said of the victory celebrations that the Briton was “disrespectful and unsportsmanlike”.

Hamilton said “I will always race hard but always fairly”.

He added: “Today is a reminder of the dangers in this sport. I send my best wishes to Max who is an incredible competitor.

“My team showed grit and perseverance out there. It’s a dream to win in front of my home crowd.”

The rivals collided on the opening lap at Copse, causing Verstappen to crash out into the barrier.