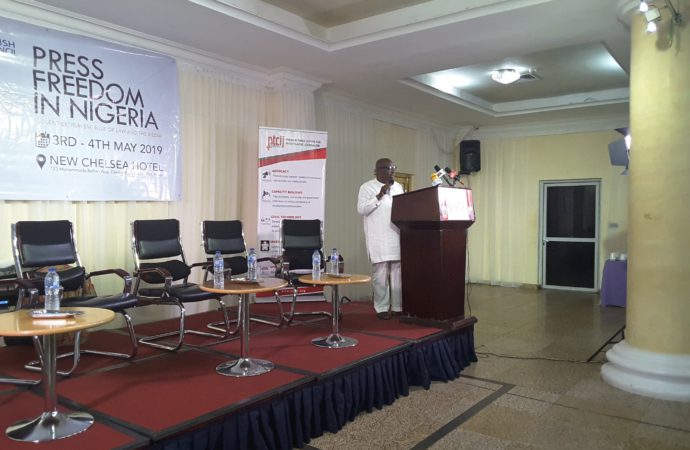 First, the Nigerian authorities banned Twitter, now they are telling media houses what not to report on.

The Nigerian National Broadcasting Commission (NBC) has issued a directive prohibiting television and radio stations from reporting on “bandits, terrorists, and kidnappers”.

NBC warned radio and television stations not to “glamourise the malicious activities of insurgents” during daily newspaper reviews.

Many of the country’s broadcast stations use newspaper headlines for summarising portions of their daily programming.

Earlier this month the regulator advised broadcasters to use “caution” when reporting on security-related matters.

“The daily headlines of most newspapers are loaded with security topics,” said Francisca Aiyetan, Director, Broadcast Monitoring in a letter.

“While bringing security information to Nigerians’ doorsteps is necessary, there is a need for care because too many specifics may jeopardise the efforts of our security officials who are tasked with dealing with the insurgency”.

NBC urges broadcasters to collaborate with the government on security issues.

“The broadcaster shall not transmit divisive contents that threaten or degrade Nigeria’s divisibility and indissolubility as a sovereign state,” warns the NBC.

“When reporting on conflict situations, the broadcaster must act as a peacemaker by following the principles of responsibility, accuracy, and neutrality.”

Critics fear the new request for “caution” could stifle the media’s freedom of expression.

The Nigerian Guild of Editors said: “The directive is unhelpful”.

In a Wednesday statement signed by the president, Mustapha Isah, and the General Secretary Iyobosa Uwugiaren, the guild said the move was a subtle threat to the free press, freedom of expression, access to information, and victims’ right to justice.