Bafana Drew In Zim, Have To Beat Ghana On Monday 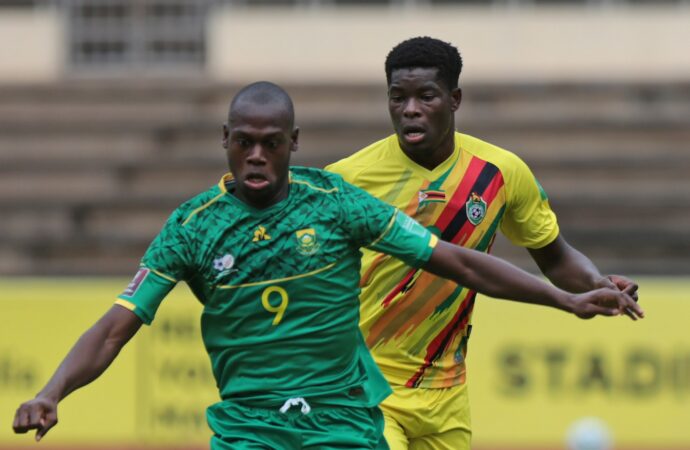 Neighbours South Africa and Zimbabwe are facing an uphill task to qualify for next year’s World Cup in Qatar after West African giants Ghana took control of Group C.

Ghana is the only team that scored in the first round of matches in the group on Friday.

The Southern African rivals played to a goalless stalemate in Harare on Friday afternoon, while Ghana topped the group with a hard fought 1-0 victory over Ethiopia at the Cape Coast Stadium in Accra.

Ghana’s Black Stars travel to South Africa, where they are scheduled to face Bafana Bafana in their second Group G game on Monday at 6pm.

While a draw at the FNB Stadium will be a good result for Ghana, Bafana Bafana will be desperate to collect maximum points in Belgian coach Hugo Broos’ first home match since his appointment as national team coach four months ago.

Meanwhile the Zimbabwe Warriors will play Ethiopia at the Bahir Dar International Stadium on Tuesday night needing an outright win to get their campaign back on track.

Zimbabwe, who failed to use home advantage in their first match, face a tough encounter in East Africa against Ethiopia.

The Ethiopians have not lost a competitive match since September 2019.

Since their 1-0 defeat to Rwanda in the African Nations Championships qualifiers two years ago, Ethiopia enjoy an unblemished record at home.

Ivory Coast, Niger, Malawi and Madagascar have all found the going tough in Ethiopia.