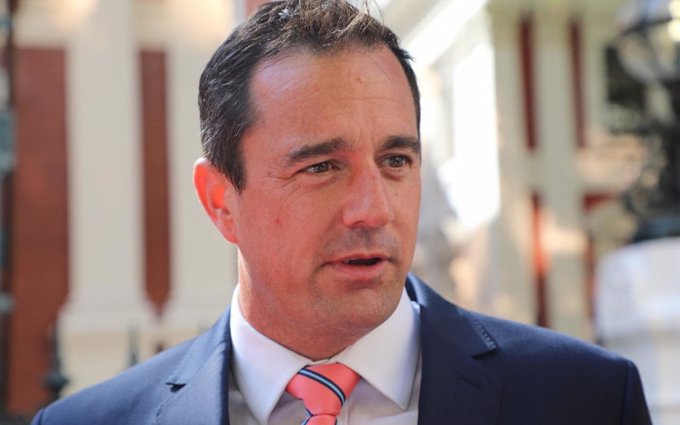 Reacting to the earlier announcement that Zuma had been paroled, Steenhuisen said: “The granting of medical parole to former president Jacob Zuma by the Department of Correctional Services is entirely unlawful and makes a mockery of the Correctional Matters Amendment Act of 2011.”

The DA leader said after the previous debacle around the granting of “unlawful medical parole to Schabir Shaik in 2009”, Parliament’s Portfolio Committee on Correctional Services unanimously supported the amendment of Section 79 of the Act.

“This amendment was made to specifically ensure that the legislation could not be manipulated into granting parole on medical grounds to any prisoner not deserving of it, as was done for Schabir Shaik,” said Steenhuisen.

“A report on the health status of any prisoner must be subject to recommendation by an independent board to confirm, in truth, that a prisoner is indeed deserving of medical parole.

“Given that Jacob Zuma publicly refused to be examined by an independent medical professional, let alone a medical advisory board, this decision is a violation of the Act and therefore unlawful.”

The DA leader added: “It should also be noted that this medical parole was granted to Zuma by his former spy boss, Arthur Fraser – a man deeply implicated in the corruption of the State Security Agency and accused of running an illegal parallel intelligence structure.

“Instead of firing him from his administration, President Cyril Ramaphosa promoted him to his current position of prisons boss.”

Steenhuisen said he will be applying in terms of the Promotion of Access to Information Act to see the records of the Parole Board to establish what criteria the DCS used to determine Zuma’s eligibility for medical parole.

“I will also request that the Justice and Correctional Services Committee summon Arthur Fraser to explain to Parliament his decision to grant this medical parole in direct contravention of the Correctional Matters Amendment Act,” said Steenhuisen.

In a similar development, the AfriForum said Zuma’s release on medical parole was a violation of justice.

AfriForum said it was in consultation with its legal team about the possibility to apply for an urgent review application.

Ernst Roets, head of policy and action at AfriForum, said Zuma’s release on medical parole was “a blatant violation of justice that cannot merely be accepted”.

The United Democratic Movement said it had no issue with Zuma being released on medical parole as recommended by doctors.