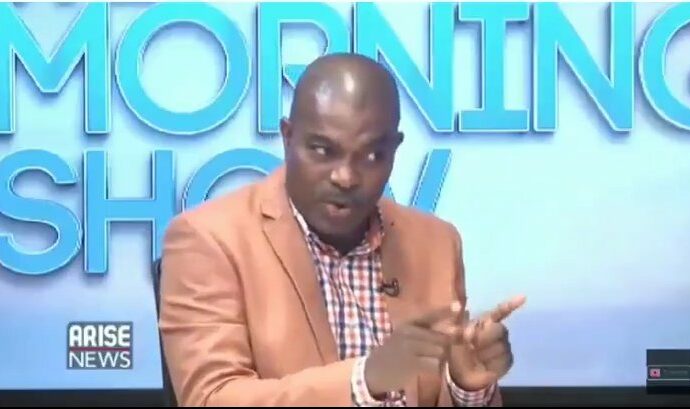 Caught out for misrepresenting its B-BBEE status, Vicky Adey Consulting CC has agreed to immediately withdraw from each panel of contractors/service providers of any organ of state or public entity.

In addition, Vicky Adey Consulting CC said it was voluntarily surrendering to the Construction Industry Development Board its CIDB grading for cancellation.

They have 40% and 60% members’ interest respectively.

The investigation into the affairs of Vicky Adey Consulting CC was prompted by a video that circulated widely on social media in South Africa.

In the video Olufunsho Adebayo Ademoye tells the Nigeria Morning TV show that B-BBEE had benefited him – a foreign national – because he was married to a South African woman.

The probe by the B-BBEE Commission found that the Nigerian businessman did not qualify for the benefits he had claimed.

The investigation revealed that Vicky Adey Consulting CC and its members Olufunsho Adebayo Ademoye and Phumudzo Nancy Muthelo misrepresented their B-BBEE status of the business.

Because Olufunsho Adebayo Ademoye does not qualify for any benefit under the B-BBEE Act, It was therefore false to claim that Vicky Adey Consulting CC was 100% black owned, said the B-BBEE Commission.

This means that any benefits Olufunsho Adebayo Ademoye claimed to have received were based on false or misrepresented B-BBEE credentials.

Using these B-BBEE credentials, Vicky Adey Consulting CC was able to secure opportunities on the panel of contractors/service providers in the Gauteng Provincial Department of Education.

Vicky Adey Consulting CC was also able to secure opportunities on the panel of Coega Development Corporation, and the Independent Development Trust.

“It was confirmed, however, that the corporation had not been awarded any contracts/work yet from these panels,” said the B-BBEE Commission.

Head of investigations and enforcement at the B-BBEE Commission, Moipone Kgaboesele, warned against including foreign nationals as beneficiaries of any black empowerment element.

“The law is clear as to who should benefit,” said Kgaboesele.

“Section 1 of the B-BBEE Act limits benefits to black people, which includes Africans, Coloureds and Indians that are South African citizens by birth or descent, or by naturalisation prior to 27 April 1994.”

The erring pair – Olufunsho Adebayo Ademoye and Phumudzo Nancy Muthelo – apologised for their conduct and implemented the remedial recommendations that included withdrawing their business from positions it gained using falsified B-BBEE status.

“The corporation can continue to do business but with the correct B-BBEE credentials,” said Kgaboesele.