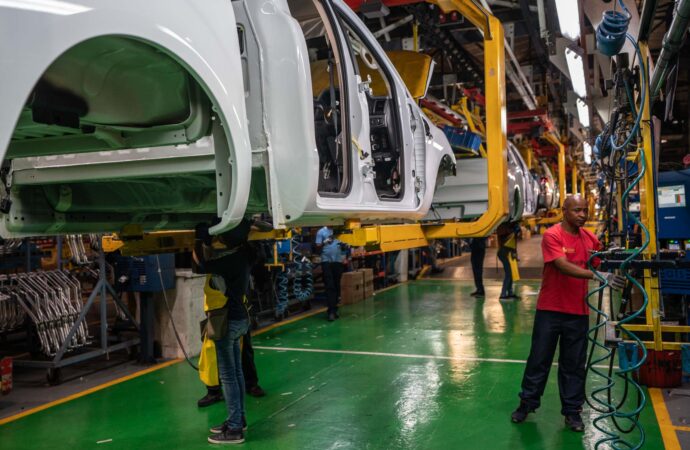 Ford South Africa has created 1 200 jobs by adding a third production shift as part of its multi-billion rand investment at the Silverton Assembly Plant in Tshwane.

Earlier in the year during an oversight visit attended by President Cyril Ramaphosa and the Tshwane Mayor Randall Williams, Ford SA announced a R15 billion investment.

The investment in the manufacturing operations was largely to modernise and expand the Silverton plant.

“The City of Tshwane would like to congratulate Ford South Africa for creating around 1 200 job opportunities this month by adding a third production shift as part of its multi-billion rand investment at the Silverton Assembly Plant here in Tshwane,” said Williams.

“I am now thrilled to note that this investment is bearing real opportunities for communities with the increment of the company’s workforce.”

Williams said Ford SA recently communicated that its local workforce has increased to about 5 000 with the Tshwane-based Silverton plant having the lion’s share with more than 4 100 workers.

The mayor said the City of Tshwane was also “pleased to note” that with the additional third shift at the Silverton Assembly Plant, the company will be capable of producing up to 720 vehicles per day.

That works out to 240 units per shift, which equals one Ford Ranger coming off the line every two minutes.

Williams said this month the company also celebrated the production of its 500 000th Ford Ranger for export from the Silverton Assembly Plant.

“As a city, we are truly proud that we have been able to create an investment-friendly environment to enable businesses to
thrive and create employment opportunities while boosting the Tshwane-based economy,” said Williams.

“The success of Tshwane-based major businesses is a testament that our City is indeed an attractive investment destination.”