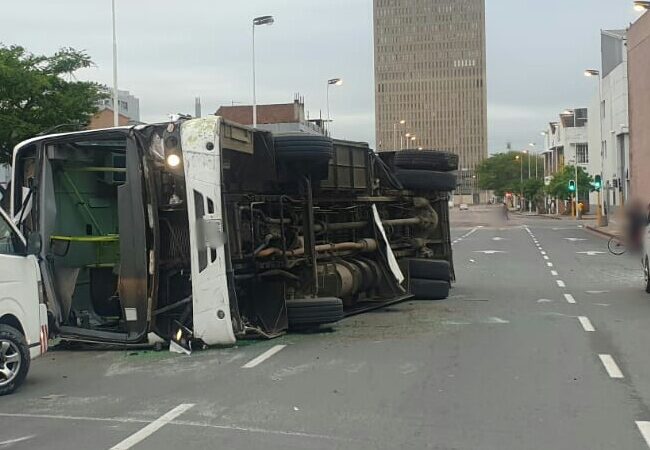 COLLISION: Bus on its side after collision with minibus taxi in the Durban Central Business District

At least 15 passengers were hurt when a bus and minibus taxi collided in the Durban CBD Monday morning.

Emer-G-Med said, “as many as 15 commuters have been left with injuries ranging from minor to moderate following a collision involving a mini-bus taxi and a municipal bus this morning.

Paramedics responded to the intersection of West Street and Shepstone Road to find the bus on its side.

“An on scene triage area was established by scene commanders and the injured were treated and stabilised on scene, before being taken by various ambulances to nearby medical facilities for further care,” said Emer-G-Med

Police were at the collision scene and were investigating the cause of the crash.