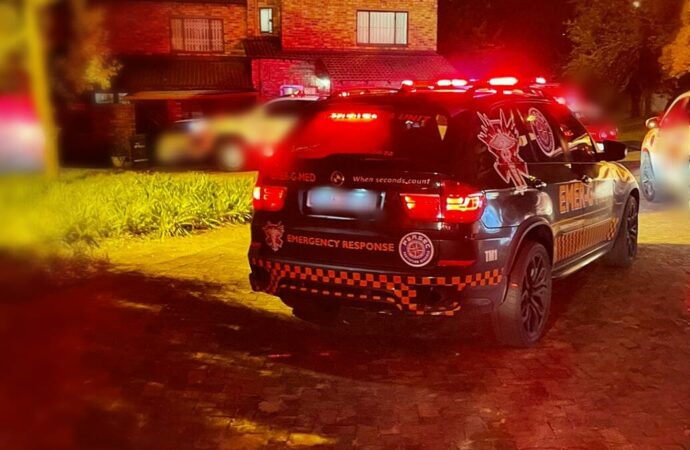 FATAL SHOOTING: Emer-G-Med at the scene of the crime

A man has been shot dead at his home in Randpark, Johannesburg, and his wife – who suffered multiple gunshot wounds – is fighting for her life.

Emer-G-Med said paramedics were called out to the scene of the fatal shooting on Sunday night. It appears the couple were shot during a house robbery.

“Paramedics responded to the scene to find the man had sustained fatal gunshot wounds. He was declared deceased on arrival of paramedics,” said Emer-G-Med.

“The female had suffered multiple gunshot injuries and required advanced life support intervention to stabilise her, before she was taken by ambulance to a nearby hospital for further care.”

Reports from the scene indicate that the couple were attacked in their home by an unknown number of armed suspects.

The names of the couple have not yet been released and no arrests have been made.
Police are investigating.