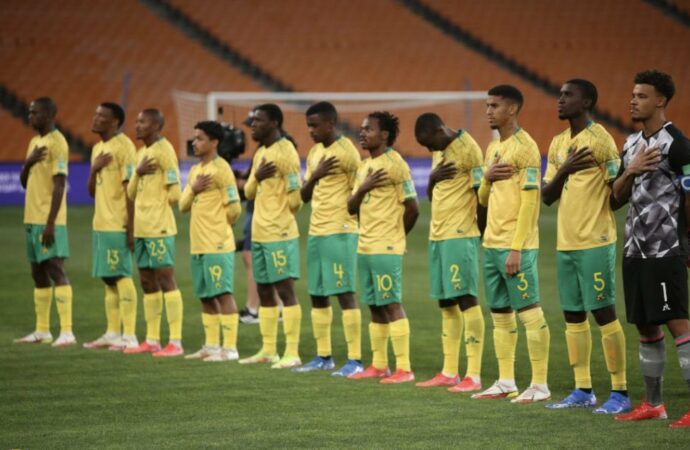 South Africa collected all three points away from home on Saturday after beating a gallant Ethiopia side 3-1 to remain at the summit of Group G.

Bafana Bafana scored first, silencing the few people inside the Bahir Dar Stadium just before the end of the first half when Teboho Mokoena put the ball in the net.

In the second half, Ethiopia came out fighting for an equaliser and even had a shout for a penalty. The home side was cheered on by a small vociferous crowd.

From a free kick in the 67th-minute Ethiopia dangerman, Getaneh Kebede, smashed the ball into the top left corner with no reaction from Bafana captain Ronwen Williams in goal.

The Ethiopians piled on the pressure, but they became too adventurous, and they were soon caught out from a throw in against the run of play.

The ball fell kindly for Mothobi Mvala whose sweeping shot was impossible to keep out. The goal that put Bafana back in front was scored in the 72nd minute.

WIth Ethiopia making several subs and throwing everyone forward, the gaps opened in midfield and the defence.

Substitute Evidence Makgopa found himself face to face with Ethiopia’s hapless keeper Fasil Gebremichael and simply lobbed the ball over him into an empty goal to make it 3-1.

Bafana coach Hugo Broos had made it clear that winning this game was a step in the right direction.

Bafana’s return game against Ethiopia will be in South Africa on Tuesday next week.