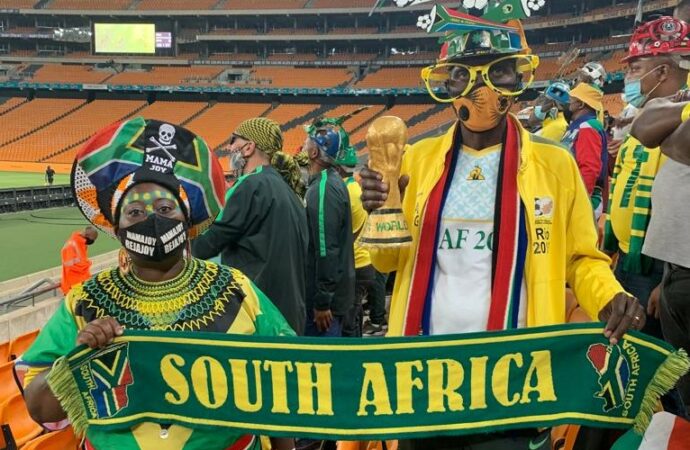 2 000 FANS WERE AT FNB: They enjoyed the Bafana victory over Ethiopia

Bafana Bafana made it two back-to-back wins against Ethiopia on Tuesday after an own goal in the 11th minute put the South Africans ahead.

In front of 2 000 vaccinated fans at the 90 000-seater FNB stadium, Bafana managed the game well after the goal that came from a Victor Letsoalo header, which an Ethiopian player failed to clear and instead kicked into his net.

The Ethiopians tried all they could but they could not find the back of the Bafana net. The game ended 1 – 0 in favour of the young South African side.

The Ethiopia own goal was enough to keep South Africa at the summit of Group G with 10 points – one more than rivals Ghana after four matches.

Zimbabwe and Ethiopia are effectively out of the race to the Qatar2022 World Cup.

New Bafana coach Hugi Broos had won over the doubters with his steady hand and pragmatism.

Even with four changes from Saturday’s game Bafana looked the part.

The Belgian brought in so many new young players to Bafana, leaving some fans in doubt, but after Tuesday’s victory, the whole of South Africa is believing again.