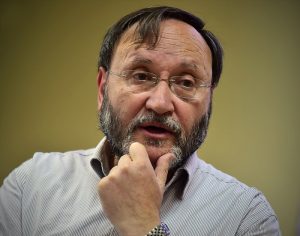 The Gauteng health department has been urged to strengthen support for new mothers in the wake of reports that more than 100 babies were dumped at hospitals in the province.

As many as 145 babies were abandoned at Gauteng hospitals last year, says Jack Bloom, the Democratic Alliance (DA) Gauteng Shadow MEC for Health.

“Last year was a bad year for abandoned babies in Gauteng, with 145 babies left without their mothers at Gauteng public hospitals,” said Bloom on Wednesday morning.

The DA Gauteng Shadow MEC for health said the sad state of affairs was disclosed by Gauteng Health MEC Nomathemba Mokgethi in a written reply to his questions in the Gauteng Legislature.

During the period under review, Leratong Hospital had 14 abandoned babies.

Ten babies were abandoned at Tembisa Hospital and another five at Tambo Memorial.

Mokgethi said in his response to Bloom there were several reasons for babies being abandoned.

The reasons include newborn baby has a disability, the mother is a teenager, unwanted pregnancies/unplanned pregnancies, and lack of support – emotional and financial – from the baby’s father.

Hospital social workers assist nurses to identify new mothers at risk for abandonment, and they try to get accurate contact numbers for the mothers.

They can also provide a donation of basic pack of clothes and toiletries for the newborn and a dignity pack and basic items for the mother.

“It is immensely distressing that there are so many abandoned babies due to deep-rooted problems in our society,” said Bloom.

“There are also babies who are abandoned outside hospitals who do not survive.

“There are worthy NGOs who do good work in this area.

“The support options for new mothers at risk should be strengthened and communicated widely so that no mother ever feels forced to leave her child for social reasons.”