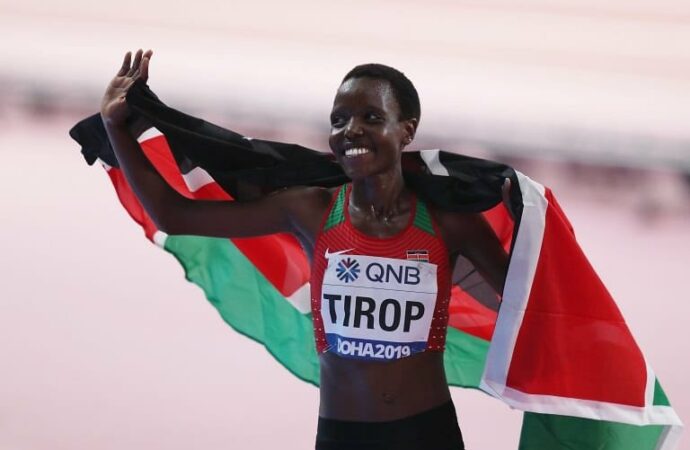 Top Kenyan athlete Agnes Jebet Tirop, who represented Kenya at the Tokyo 2020 Olympics in the 5 000m, has been found dead in her house with stab wounds to her abdomen.

She was just 10 days away from her 26th birthday.

Commenting on the tragedy,  Athletics Kenya said in a statement on Wednesday that it was “distraught to learn about the untimely death of World 10 000m bronze medalist Agnes Tirop.”

Tirop was found dead at their home in Iten after she was allegedly stabbed by her husband.

“Kenya has lost a jewel who was one of the fastest rising athletics giants on the international stage, thanks to the eye-catching performances on the track,” said Athletics Kenya.

Reports from Kenya say that the athlete’s husband is “missing” and police are desperate to speak to him.