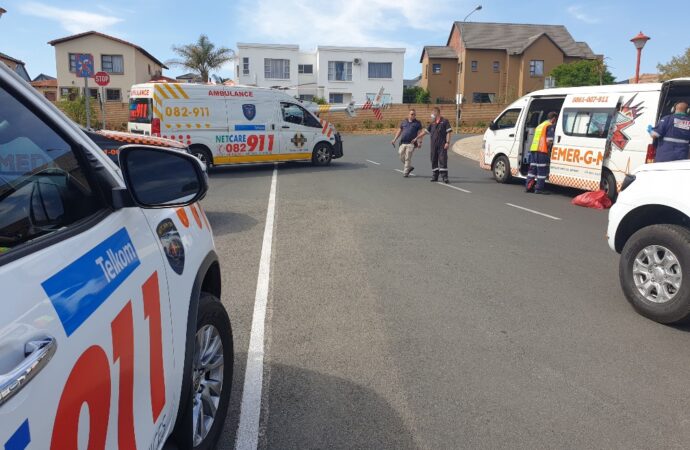 Emergency respondents on the scene

A truck with faulty brakes rolled back while offloading beverages and crushed a worker under its wheels before it collided with another vehicle.

The freak accident in Centurion left the worker with severe injuries on Wednesday.

Netcare 911 paramedics were the first respondents at the scene in Amberfield Valley.

“Reports indicate that while unloading a beverage truck the vehicle’s brakes had allegedly failed resulting in the truck rolling back, crushing a worker under the wheels,” said Netcare 911 spokesperson Shawn Herbst.

“When medics arrived on scene, they found that the patient, a 47-year-old male had sustained serious injuries.

“The man was treated on scene by Netcare 911 and Emer-G-Med emergency care practitioners.

“Once stabilised the patient was flown by Netcare 911 helicopter to hospital for further care.”