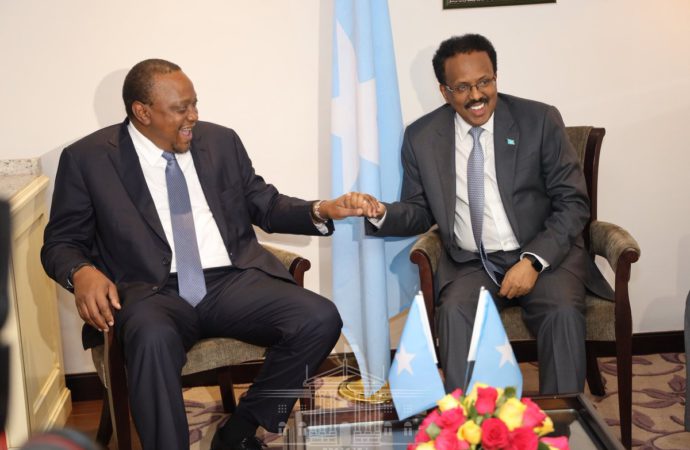 Somalia, which broke off diplomatic relations with neighbouring Kenya in December last year, says it now wants to make up.

At the time of the severing of ties, Somalia had accused Nairobi of mobilising troops and arming militia along a shared border.

But in an about-turn on Saturday the Somalia foreign affairs ministry wrote to its Kenyan counterpart saying they intended to “normalise diplomatic relations between the two countries”.

The two governments have been at odds for several years.

They have disagreed over the deployment of Kenyan troops in the anti-terrorism fight and quarreled about the hosting of Somali refugees.

An unresolved maritime dispute is before the International Court of Justice.

“In the spirit of good neighbourliness, the federal republic of Somalia calls on the republic of Kenya to re-open its diplomatic mission in Somalia, and the federal government of Somalia with reciprocally re-open its embassy in Kenya,” said the letter from the Somali foreign affairs ministry dated 12 June 2021.

Kenya has accepted Somalia’s olive branch saying: “It has taken due considerations of intercessions made and has decided to open Kenya’s air space to all flights originating from Somalia”.

Flights from Kenya to Somalia have also been given a green light.

Earlier in March this year, Kenya Interior Minister Fred Matiang’i demanded that refugees from Somalia come up with a roadmap on the “definite” closure of Dadaab and Kakuma refugee camps.