Kaunda Laid To Rest, But Could Be Reburied 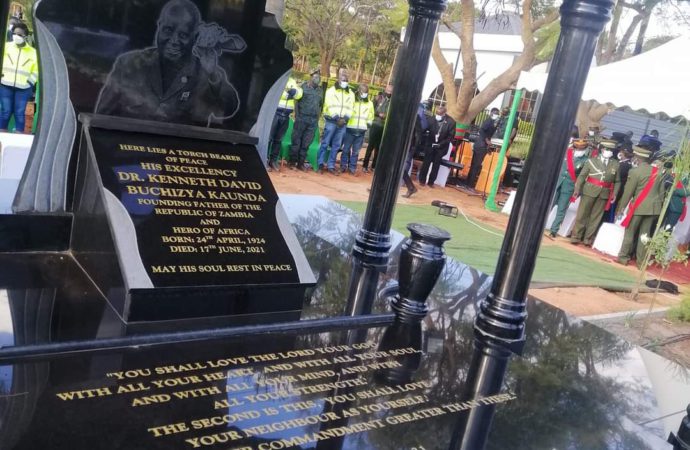 There had been fears that the high court could stop the burial of the much-loved and respected statesman who died at 97.

He died on June 17 in a military hospital in Lusaka.

Kaunda’s family approached the high court on Tuesday to try and have his remains interred next to his late wife Betty, who died in 2012.

AFP reports that in court documents dated Tuesday, one of the sons Kaweche, asked the high court to declare “null and void” the government’s plan to bury Kaunda at Embassy Park.

One of the letters attached to the application was signed by several of Kaunda’s children and grandchildren.

Speaking at the funeral service at the Cathedral of the Holy cross in Lusaka President Edgar Lunga said: “I, President of the Republic of Zambia now declare April 28, the birthday of Dr. Kenneth Kaunda as a public holiday. One Zambia One Nation”.

He said the government had not received any papers from the courts.

Kaunda ruled Zambia from 1964, when the southern African nation won its independence from Britain, until his defeat in an election in 1991.

KK may have been buried but he is yet to rest. If the family has its way and the court rules in their favour they intend to exhume his body. They insist on burying Kaunda next to his wife. .