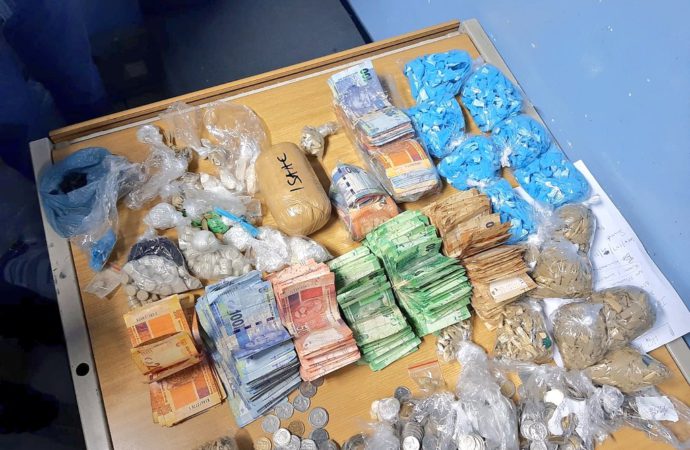 JMPD said its K9 officers worked on the information they had received and arrested the suspects in Winchester Hills for possession of drugs.

The suspects were found with bundles of cash and an assortment of drugs that included mandrax, nyaope, and crystal meth with an estimated street value of R350 000.

Nyaope is a mixture of low grade heroin, cannabis products, antiretroviral drugs and other materials added as bulking agents.

JMPD said the suspects have been detained at Mondeor Police Station and will soon appear in court.

The joint operation recovered a hijacked car and seized two firearms in Daveyton. The recovered car was hijacked last week on Wednesday.

JMPD said the stolen car was used in a house robbery the next day.

Over the weekend 42 people were arrested by JMPD for failing to comply with the curfew.

Two drivers were nabbed for driving under the influence of alcohol.