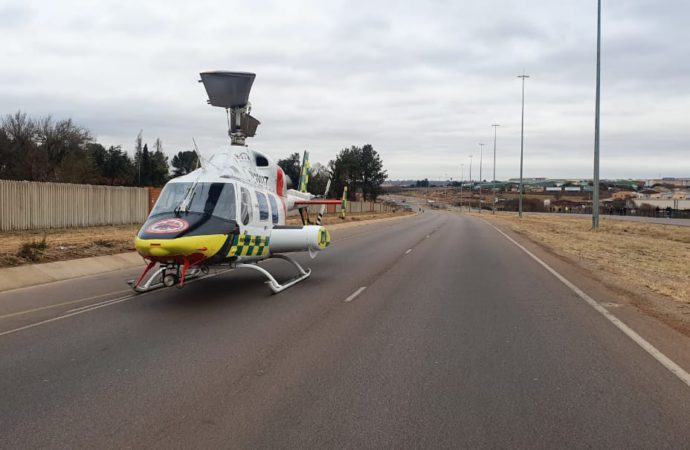 A 40-year-old woman has died and several others are left in critical condition following a collision on the R55 in the Centurion area.

Multiple emergency services arrived at the scene of the collision on Saturday morning.

Paramedics said they “found absolute carnage” with the injured lying on the roadway.

“Reports from the scene suggest the two vehicles collided at high speed in a T-bone fashion, causing the LDV, which was fully laden with passengers to overturn, ejecting the occupants,” said Emer-G-Med.

“A female of approximately 40 years of age was found to have sustained fatal injuries and was declared deceased.”

As many as 16 other people suffered injuries ranging from serious to critical.

A Halo aeromedical helicopter airlifted a seriously injured patient to a nearby hospital.

The remaining patients were transported by private ambulance services to nearby hospitals.

Police are investigating the cause of the collision.