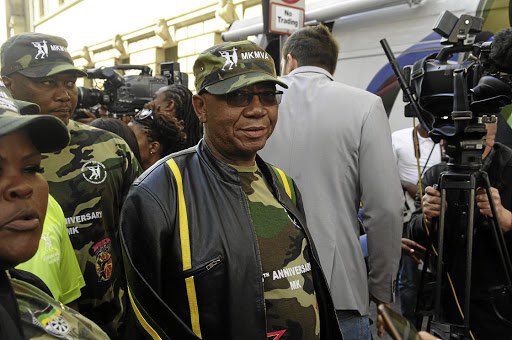 Maphatsoe died on Tuesday before he could resurrect the banned MKMVA.

He had been challenging the ban imposed on 8 June 2021, by the African National Congress’ national working committee when he passed away.

Maphatsoe was also involved in a legal matter in which he was suing Transport Minister Fikile Mbalula for defamation.

Maphatsoe has a long history of struggle going back to the days when he was Congress of South African Students member.

Commenting on Maphatsoe’s passing, the ANC said: “Death has robbed the liberation movement of one of its most courageous and fearless cadres.”

Maphatsoe died at his home.

The ANC said the death of its Member of Parliament and President MKMVA president was met “with shock and sadness”.

Like many young activists of his generation, Maphatsoe went to exile during the repressive years of apartheid and became a trained Political Commissar of Umkhonto we Sizwe (MK).

He received military training in Angola and the Soviet Union. He lived in Uganda before returning to South Africa.

Maphatsoe was elected to the National Executive Committee of the ANC during the 53rd National Conference held in Mangaung in 2012.

Two years later, he was appointed deputy minister of defence and military veterans.

The ANC said it will “miss the constructive role he was playing in the efforts of the ANC to forge unity among former MK combatants and preparations towards the 60th anniversary of the people’s army”.

The party added: “We salute him for his dedication and unwavering commitment to the national democratic revolution.

“The ANC conveys its heartfelt condolences to his family, friends and the entire mass democratic movement.

“We hope they will find solace in the knowledge that the entire nation shares in their grief. We wish them strength and fortitude as they mourn their loved one.