SIU Report On Digital Vibes Out, Boxes Of Cash Taken 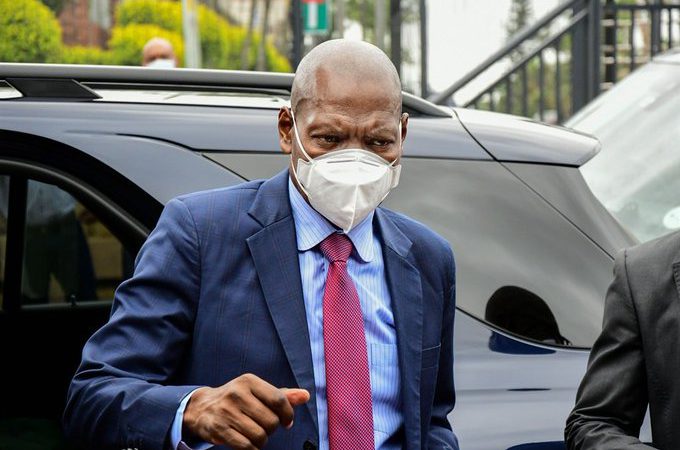 The final SIU report into the National Department of Health’s award of a National Health Insurance media campaign and subsequent Covid-19 communications to Digital Vibes lays bare the chicanery that went on regarding the issuing of the tender.

Ramaphosa received a report and referral on the Digital Vibes matter from the SIU in July this year.

The Presidency subsequently sent third-party notices to all persons or entities referred to in the report, so they could have an opportunity to object to its publication or part thereof.

“This was done in the interest of fairness and in terms of the Promotion of Access to Information Act (PAIA), following a number of PAIA applications by persons and parties who wished to have sight of the report,” said the Presidency in explaining the long delay in releasing the report.

The then health minister, Dr. Zweli Mkhize has come under heavy criticism for lack of proper oversight.

Nearly half a million rand of the dodgy tender money was said to have found its way to Dr. Mkhize and his son Dedani Mabhunu Mkhize.

Dr. Mhkize has since resigned from his health minister job. The former minister and his vegetable farmer son deny any wrongdoing.

The SIU said the minister indicated that his son had – only once this information had become known in the media – informed him that this money was a gift from Mather. Dendani and Mather have a close relationship.

On 4 May 2020 Digital Vibes paid an amount of R160 000 to a Pietermaritzburg car dealership in respect of the purchase of a second-hand motor vehicle – a 2003 Toyota Land Cruiser- for Dendani Mkhize.

This motor vehicle was subsequently registered to Dedani Mkhize.

According to a witness, transfers amounting to R3 400 000 were made into the account of the Cash & Carry Wholesaler.

Allegations are that boxes of cash were dispersed in a complex arrangement that allegedly involved EFTs sent to a Cash & Carry Wholesaler by Mather.

The SIU found that as much as R135 million was paid to Digital Vibes and the money was dispersed clandestinely.

A witness said the cash (boxes or plastic packets) was fetched from him on different occasions by Mather, Mitha or Hariram.

“Obtained evidence indicates that, after NDOH related payments amounting to approximately R135 million had been received by Digital Vibes, Digital Vibes made six payments of which the SIU is aware amounting to R1 750 000.00 to a company, JD Communication,” says the SIU report.

Chief Financial Officer of the NDOH, Ian van der Merwe, has also been implicated in wrongdoing regarding the irregular authorisation of payments to Digital Vibes.

Earlier this week NDOH Director-General: Health Dr. Sandile Buthelezi, who is also fingered in the SIU report, was placed on precautionary suspension until he appears before a disciplinary hearing regarding his role in Digital Vibes saga.

The report is available on The Presidency website, www.thepresidency.gov.za