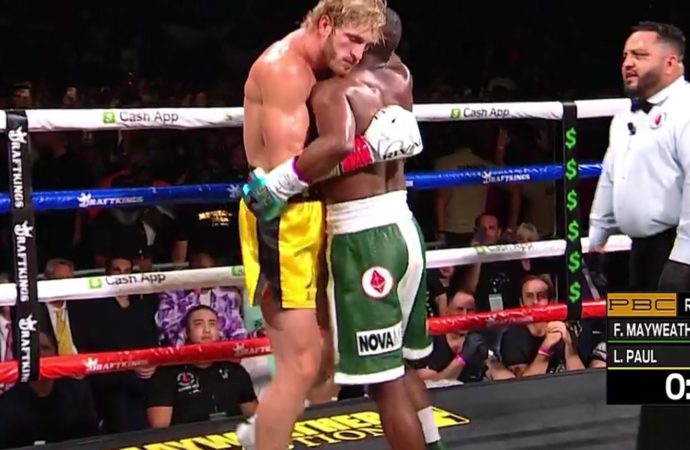 The mismatch was obvious – a 44-year-old pugilist versus a 26-year-old daredevil seeking attention.

In some of the rounds, Mayweather showed flashes of brilliance as he countered a spirited attack from Logan.

In his real job, Logan has a YouTube channel with millions of followers.

Mayweather is a career boxer with a perfect 50-0 record.

But at 44, the fight on Sunday night against the much bigger social media star was exactly what it said it would be – an exhibition of boxing.