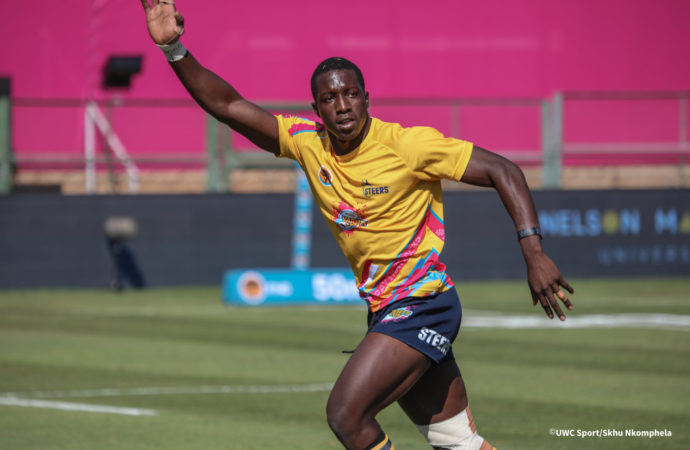 The Zimbabwean recently moved to the Durban side from the University of Western Cape.

Mavesere joined the Sharks on a two-year contract last month but was yet to join his teammates at the Shark tank due to international commitments with the Sables, Zimbabwe senior national rugby side.

The 22-year-old was part of the Sables side that was aiming to qualify for their first World Cup in three decades.

They recently made a statement of intent by qualifying for the Rugby Africa Cup, which doubles as the qualifiers for the 2023 World Cup to be played in France.

After a month-long training camp with the Sables and impressive performances in the Rugby Africa Cup, Mavesere immediately joined up with his Sharks teammates.

The Sharks, who are currently competing in the Currie Cup, confirmed the arrival of the Zimbabwean star on social media.

“We are excited to officially welcome Tinotenda Mavesere to the Sharks family,” the Durban side said.

The welcome message was accompanied by a short video clip of Mavesere.

He said he was delighted to be at the Kings Park Stadium, popularly known as the Sharks Tank.

Mavesere was later shown placing his rock on the cairn at Kings Park, to mark the beginning of his journey with the Sharks.

The rock placing is a relatively new tradition at the popular rugby team called Isivivane, which showcases and celebrates the team’s values of inclusivity and diversity.

Sharks completed the move for the Zimbabwean rugby star following his standout performances in this year’s Varsity Cup where he played for the UWC.

His superb exploits saw him being named the best forward player of the tournament.

Mavesere also finishing as runner-up for the overall Player of the Tournament award, which went to Central University of Technology fullback Cohen Jasper.

The move to the Sharks will see Mavesere following in the footsteps of his role model, the retired Springbok legend Tendai Mtawarira.

Sharks are participating in South Africa’s premier domestic rugby union competition, the Currie Cup ahead of their maiden appearance in the United Rugby Championship which kicks off in September.